Oil pollution, search and rescue, fire-fighting and security exercise was held in Amirabad port with the aim of preparedness to promptly respond the possible incidents.For this exercise a scenario was devised: a bomb was exploded in the dredger creating a massive fire where a number of injured individuals were entangled. 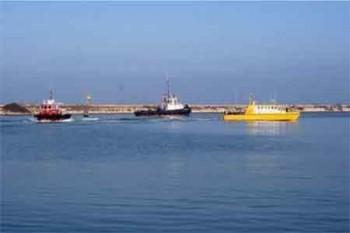 In order to promptly respond to this factual incident, fire-fighting, search and rescue and security as well as marine pollution forces engaged in an orchestrated operation and managed to discharge their duties as quickly as possible. This exercise was held in the presence of the Amirabad's port mangers along with a number of other organizations authorities.